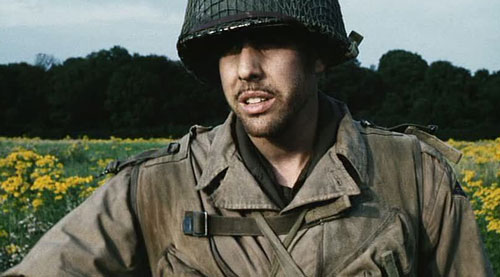 Eight years later Hanks would appear as weird-haired American intellectual-cum-adventurer Robert Langdon in Ron Howard’s adaptation of the paperback smash The Da Vinci Code, on the trail of the bloodline of none other than JC himself.

Just a year later, Goldberg would play bearded hipster Jack, American boyfriend of Gallic lady-hipster Marion (Julie Delpy) in 2 Days in Paris. Hater of anything mainstream, the snarly Jack keeps his displeasure inside as he comes across a group of garish American tourists asking for directions for their walking tour. Beaming with faux friendliness, Jack gives them an elaborate maze to follow and they go on their way.

As Marion points out when he tells her the story, he’s sent them in completely the wrong direction, away from their intended destination of the Louvré back towards the suburbs. And the leisurely walk the group of unenlightened holidaymakers are following? The path of Robert Langdon in The Da Vinci Code.