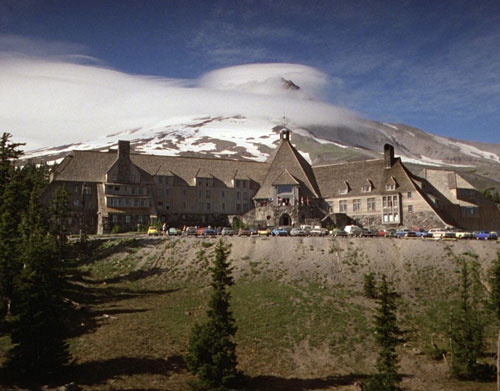 Like every other shot in Stanley Kubrick’s moody take on Stephen King’s bestselling book, the opening titles of The Shining are grandiose and arresting, preparing you for the slow-moving but chilling mood of the film and giving you a gasp of fresh mountain air before the snows start to close in on the Overlook and make everything feel a lot more claustrophobic.

And if you’re quick, just a few seconds before the words A Stanley Kubrick Film start rolling up the screen, you can see the shadow of the chopper on the ground that carried the camera crew. See for yourself. For a director as famously picky as Kubrick, it’s an almost unbelievable sleight.