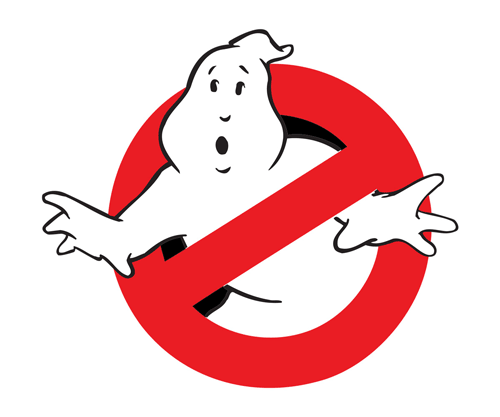 Straight after the title card scene at the beginning of Ghostbusters, we’re taken into the halls of Columbia University to the door of resident parapsychologists Peter Venkman (Bill Murray), Ray Stanz (Dan Aykroyd) and Egon Spengler (Harold Ramis). Presumably because of his habit of using science as some sort of dodge or hustle, Venkman’s prompted someone to scrawl graffiti on the glass that says ‘Venkman burn in hell’.

Just recently Sigourney Weaver let slip that Murray’s character might be appearing in Ghostbusters 3 as a ghost. Coincidence?