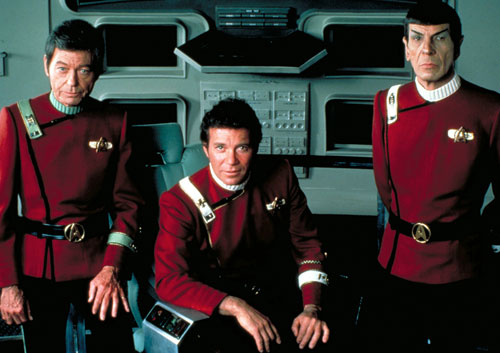 Between the original series of Star Trek in the late sixties when the costumes were skin tight microfibre pyjama tops (and minidresses for the female characters) and the films moving into the 80s where Starfleet uniforms were more military-inspired, something changed.

Talking about his experience of making Star Trek II: The Wrath of Khan in an interview, director Nicholas Meyer explained the quite prosaic process of evolution that led form one to the other.

He’d had a naval thriller set up at Star Trek’s home studio Paramount which would all take place aboard a submarine, and liked the costume designs that had been made for the crew so much that when it fell apart and he signed onto Khan he bought them along, making the 1982 hit his navy thriller instead.