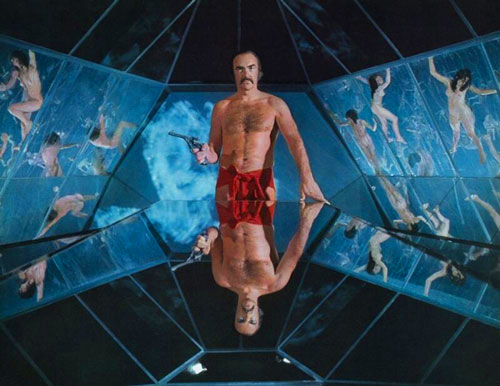 Have you ever heard a piece of music by Beethoven called Symphony No 7 in A Major? It’s uniquely beautiful and haunting, and bizarrely, I heard it in two films I watched one after the other that couldn’t have been more different from each other.

One is John Boorman’s head-scratcher sci-fi Zardoz, starring a be-Speedoed Sean Connery as a primitive killer who stumbles into a heaven-like world – ‘the Vortex’ of peace, agelessness and silly outfits.

The other is Gaspar Noe’s rape revenge shocker Irreversible, a film that makes you feel like you need a shower and (if you’re a man) castrate yourself at the first opportunity. The funny thing is, when it appears in both films, it suits the relevant scenes perfectly.